← more from
Naim Records
Get fresh music recommendations delivered to your inbox every Friday. 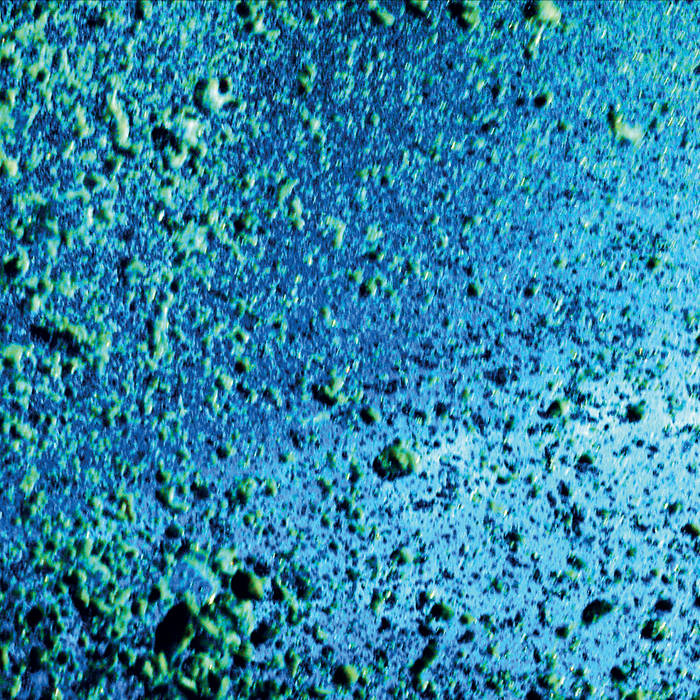 Adela Donoval This is home in an album. Home in music. Home in four genuine people that are musical activists of culture and art. But this physical manifestation of their music is just a small spec in the universe of their movement. You need to see them live and the way they welcome the venue they play in and the audience that accompany them. Wherever that is, you will feel at home. It's very very special. Favorite track: 1o 1a.

When you hear a band with something different about them, something unique, that rare and precious quality, the shock of the new, you just know.

Barcelona’s Seward are extraordinary. A four-piece that don’t go in for typical song structures, that captivate one minute with a heart-tugging melody, before collapsing into thrilling noise the next. They ascend from delicate acoustic beauty to dissonant chaos, from atmospheric samples to scrunching wreckage. Pablo plays synths, effects and guitar, Adriano sings, Jordi plays bass and Juan is on drums but the band use banjos, wind-up toys, samples, whatever comes to hand to realise their incandescent vision.

Their third album Second Two: Chapter Home and first for Naim Records (home of the Mercury Prize-nominated Eska) is a stunning work of art. A record to get lost in. These are unconventional, original songs that ditch the tired verse-chorus-verse structure but trigger the same addiction cravings that the best pop music can.

It’s the follow-up and third part of a trilogy of albums that began with 2011’s Home: Chapter One and continued with 2014’s Home Was a Chapter Twenty Six. Mixed and mastered by regular collaborator Matt Pence (Midlake, American Music Club, John Grant) at his Denton, Texas studio The Echo Lab (“He’s always been part of the band. He really gets it. He’s a scientist, amazing!” Seward say), it’s their definitive album. Second Two: Chapter Home encompasses so much and demands to be heard in its entirety.

In places Seward evoke Radiohead, in others, Tom Waits or Godspeed You Black Emperor. There are echoes of Jeff Buckley’s celestial vox and the transcendence of Arcade Fire or cult band The Books. Hints of jazz, rumours of folk, Kosmische, post rock and touches of electronics. But combined in such a dazzling, inventive way: uncontrived, thrillingly alive.
All is bound together by the singer Adriano’s soaring voice. It’s an expressive instrument with singular phrasing, dancing dexterously in-between the music, changing style and delivery but always a deeply emotional presence.

Formed after meeting at the regular WTF jam session at the Jamboree club in Barcelona – four musicians who instantly knew they must become a band when they started playing together – each member brings a distinctive identity to the project that melds into the unique Seward sound.
“All the musicians in this band are from very different scenes,” Seward say. “Theatre, experimental rock, poetry. Juan came from traditional Brazilian music. Jordi played with flamenco singers. The influences are completely different. It could sound like some bands, but we’re more influenced by our lives. Other things that are not music.”

They call their music ‘free song’. It’s a new appellation for a new musical age, a determination to avoid using those same genre names that haven’t changed for decades.
They’re a band borne from live performance. They thrive upon it. Their recordings always aim to capture the feeling of playing live. You can hear the room, the air. The sense of space; the tension and electricity.

The band’s telepathic communication abounds on Second Two: Chapter Home. Each player with a vision that melts in perfect synchronicity. Each song is an atmosphere, dreamlike: a chapter, and the lyrics are closer to poetry than a run of the mill love song. Roles are adopted and identities assumed.
“It’s different characters talking like any performance, movie or theatre show,” Seward say. “We really like the idea of the audience taking part in that story and imagining what’s happening next."

Seward have picked up plaudits from music sites Line of Best Fit and A New Band A Day, performed for John Kennedy’s XFM show and picked up a growing host of fans from stellar live performances at SXSW in the States, the UK’s Great Escape festival, Vive Latino in Mexico, Exit in Serbia, Sziget in Hungary, Pohoda in Slovakia and Spain’s Primavera Sound. Seward prefer to let their music breathe. They haven’t opted for the usual online portals to get their music out there. To hear their album, you need to buy it.

This is a Single Take Recording Made at La Casa Murada & The Echo Lab.

Bandcamp Daily  your guide to the world of Bandcamp